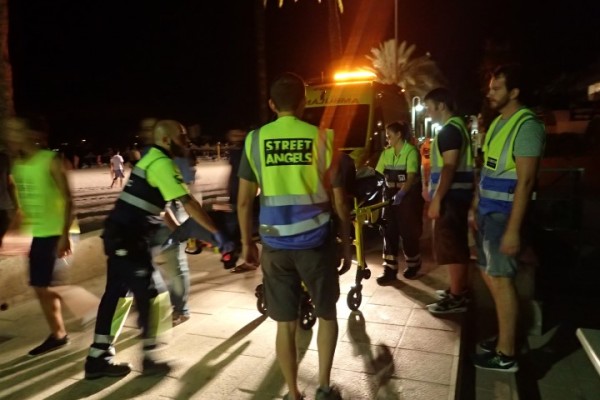 Working with the Ambulance 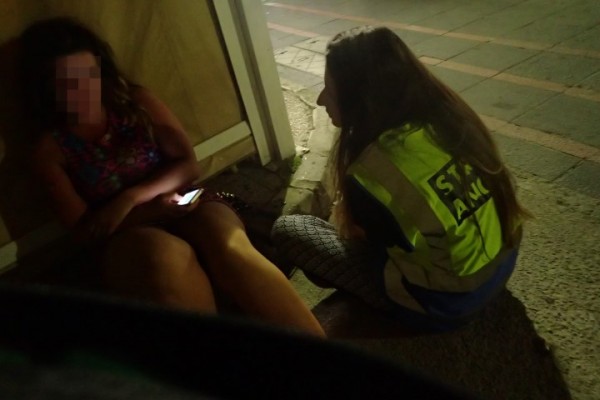 Well the last couple of weekends have been pretty busy, as you would expect, summer is now in full swing!

I thought I would share a couple of stories with you this week of people we have helped that I particularly remember:

First there was a guy that we were called over to assist by the police, he was up two flights of stairs towards an apartment block and was unconscious.
The police had already called an ambulance but they had to leave, so handed him over to us.
When the ambulance arrived they checked his vitals, and were going to leave him as they were unable to carry him down the flights of stairs, (he was a big lad!) anyway we offered to help and called the other team over, together were able to carry him down to the ambulance and he was taken to hospital.
Although he might have been okay, he could so easily have died as he was lying on his back and throwing up…

Then there was the girl we found crying on her own by an apartment block, she had been thrown out by her ‘boyfriend’ after he had used her, and had no idea where her friends were or any of her belongings, as she had only arrived the same day, and not even been to the hotel yet.
We tried to comfort her and tried everything we could to find out where she was staying, including waking up a couple of the wrong people! In the end we were despairing a bit, as we couldn’t think what else to try..
Then, and only then we realised we hadn’t prayed so we prayed for help, and within 30 seconds were in touch with one of her friends who told us the hotel she was in.

Moral of the story – don’t delay asking God for help… He cares about the small things as well!